These layers near the North Pole of Mars probably record global climate changes, similar to ice ages on Earth.

They appear wavy here either because flat-lying layers have been eroded into shallow valleys and ridges, or because the layers are not horizontal. Some of these layers are truncated, or appear to pinch out against other layers, evidence of a period of erosion followed by continued deposition of new layers.

The orientations of both the wavy-looking layers and the “unconformity” or erosional surface will be determined once this image and its stereo pair have been used to measure the surface topography. 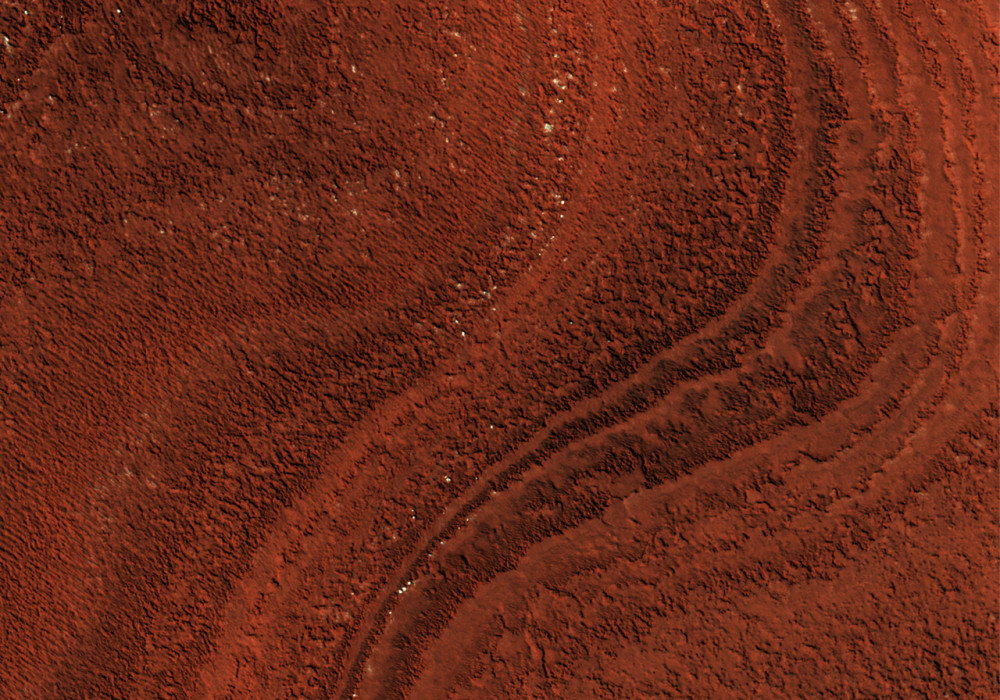