This feature has a strange appearance , as if the crater has feet with toes sticking out of two sides. Let’s try to explain this.

First, there was a highly oblique impact event, with the bolide (or meteorite) striking the ground while flying almost horizontally over the surface. Such oblique impacts tend to send ejecta in two directions to the sides of the bolide trajectory, rather than in all directions around the crater. However, there was ice near the surface, covered and protected by the ejecta, and the unprotected ice sublimated at some later time, so the ejecta now appears especially thick.

Also, there were layers of dust (maybe along with ice) deposited inside the crater. Or maybe something else happened, but likely involving the ice that comes and goes in the middle latitude regions of Mars. 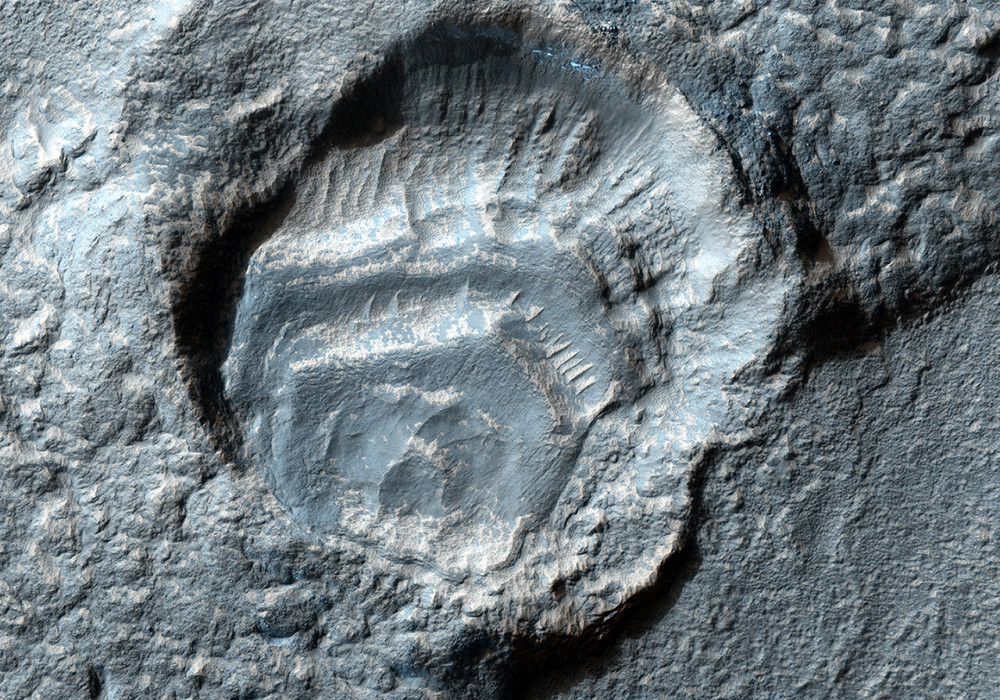