This image shows a central swath of a well preserved crater on the volcano Alba Patera. The crater has steep walls and no large superposed craters.

The mounds of material located adjacent to the walls probably fell there during the late-stages of crater formation. The center of the crater contains a central pit that has potential fluvial features that might have formed from water released in the impact melt.

There are abundant coalesced pits near the central depression. These also might have formed from volatiles escaping from impact melt. 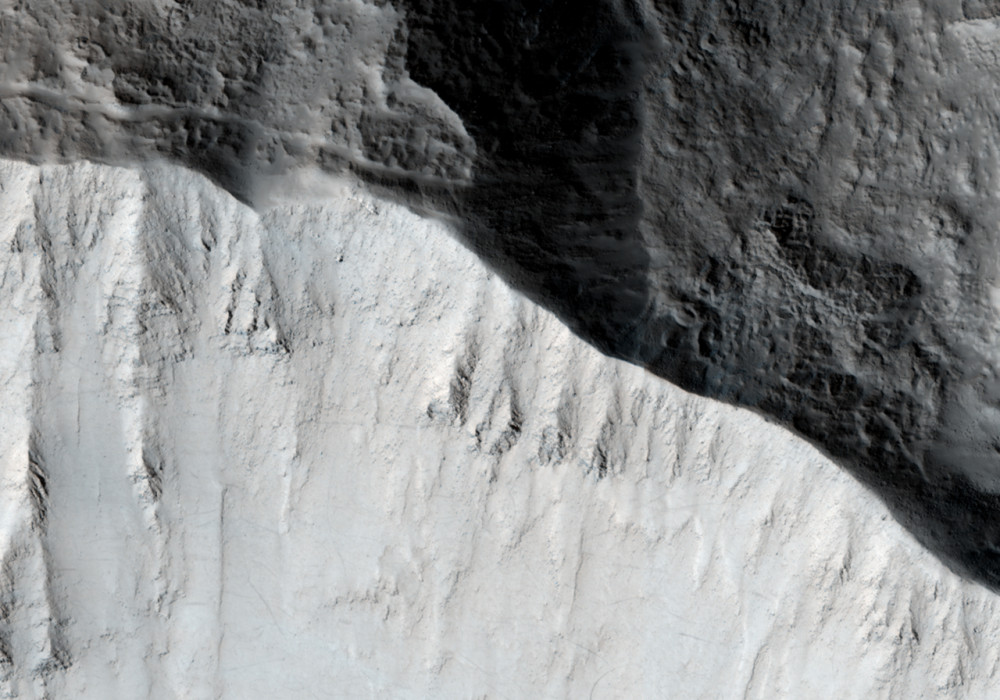