This image was originally suggested by Ehsan Sanaei’s high school astronomy club in Yazd, Iran. They write, “(We are interested in) exploring the impact region near the Northern Martian pole and observing the contrast between ice-covered and [non-ice covered] regions.”

Mrs. Stoica’s 9th grade class, at Tudor Vianu High-School of Computer Science, in Bucharest, Romania, helped to analyze the image by writing that “we observe a major crater, a small mountain chain, dunes and a series of small valleys and crevasses which (contain) ice.”

Indeed, this image shows part of the western rim of Korolev Crater, a prominent 80 kilometer diameter crater located in the Northern polar region. It was taken in northern spring and shows dark regions of dust and sediment and bright regions of ice and frost. At highest resolution both bright and dark areas of the surface are covered by polygonal fracture patterns. Although much of the ice has likely started to sublimate (change from a solid to a gas) in the darker regions, ice fills the fractures. 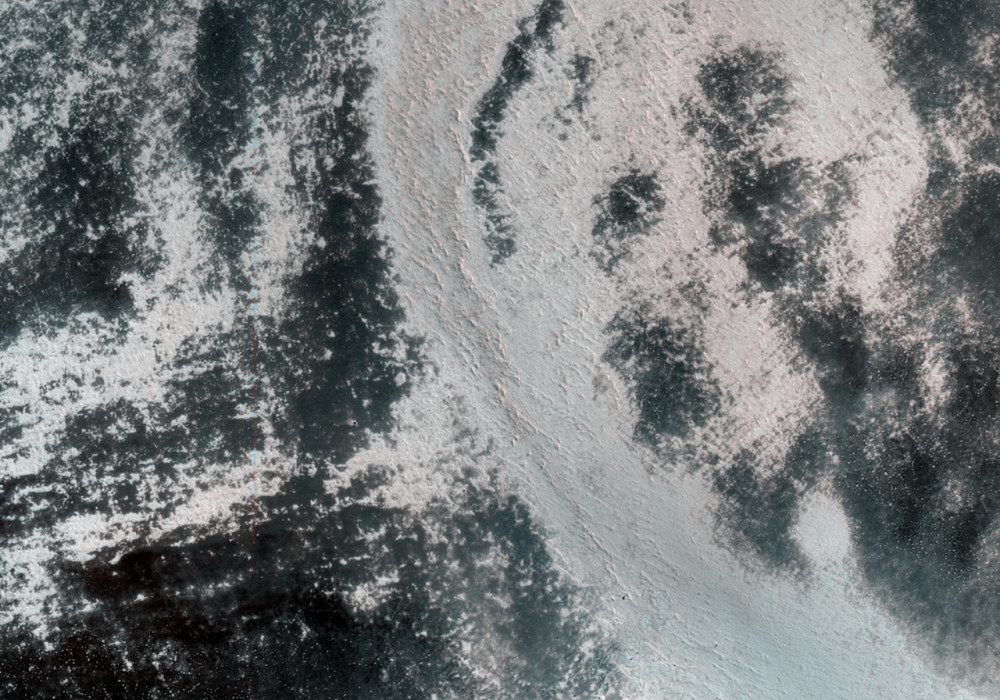