This image reveals some very curious topography. There is an elevated mesa (plateau) with lobate margins and a patterned surface, connected to a shallow depression in the east, on the right-hand side of the map-projected image. The image is in southern Elysium Planitia, location of the youngest extensive lava plains on Mars.

Typical lava flows in this region are quite thin, like those in the shallow depression, but this mesa may be a much thicker flow. Some lava flows are thick because the lava has a different composition and is more viscous (less runny), but even very fluid lava compositions can produce thick flows when there are many solid crystals in the flowing lava.

Alternatively, this lava flow may have been inflated (pushed up) to an unusual degree by lava injections beneath a solid crust. Another possibility is that erosion has modified the topography. The Context Camera image of this area shows that this is part of a suite of interesting landforms.

Be sure to look at the stereo anaglyph. 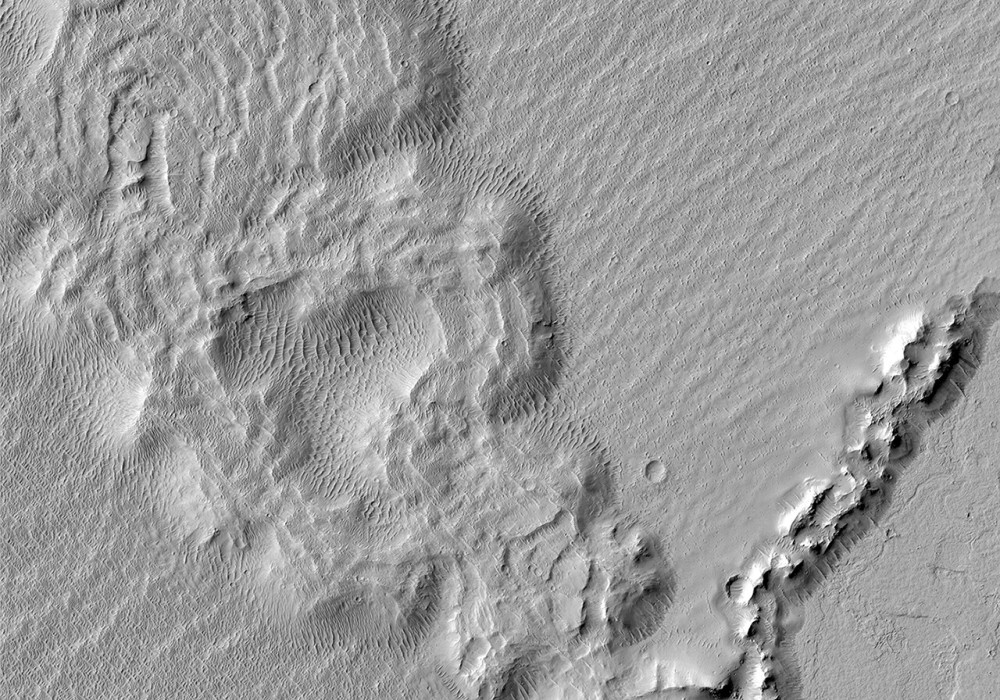