What is This Stuff?

This image covers plains near Aureum Chaos. A puzzling ridged texture was first seen in an image from the Context Camera on MRO, leading to this suggestion for a HiRISE image.

In this image we can see much detail, but the origin of the surface texture is still puzzling. The enhanced color subimage helps to correlate rock units, but is also puzzling.

Here’s a hypothetical geologic history that might explain this scene: layered sediments were deposited by water or airfall (including volcanic pyroclastics). A crudely polygonal patterned ground was created by stresses in the sediments, and groundwater followed the fractures and deposited minerals that cemented the sediments. This was followed by perhaps billions of years of erosion by the wind, leaving the cemented fractures as high-standing ridges.

Of course, this story is almost certainly incomplete if not totally wrong. 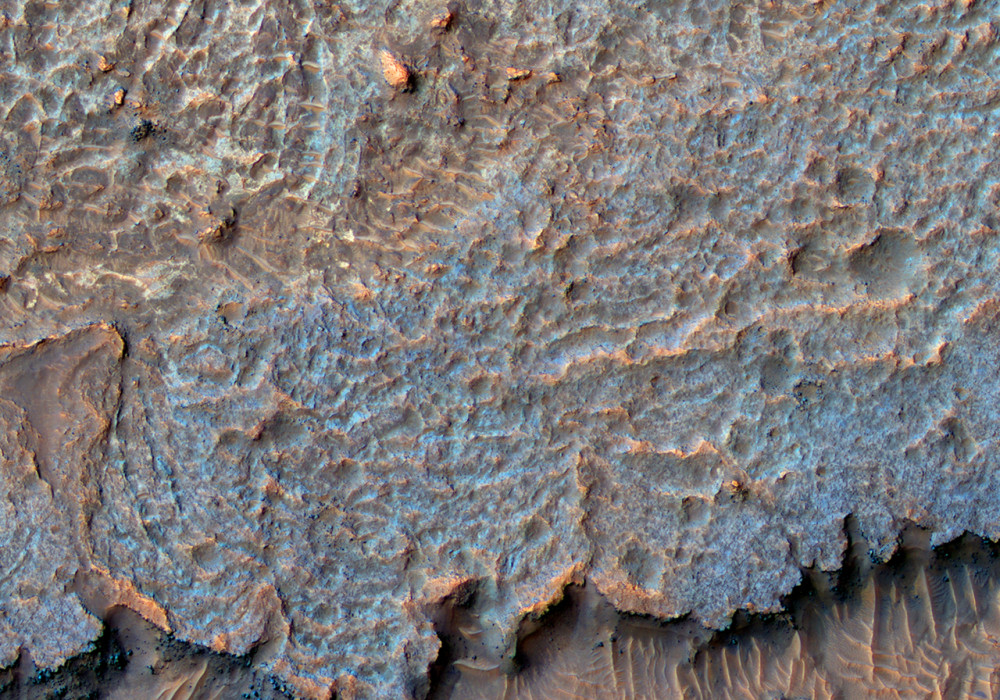