What are we looking at here? There are long linear ridges or elevated terrains covered by regular patterns of dark spots. Viewed at full resolution and in color we can see that the surface is covered by ripples and that some of the dark spots have bright halos around them.

Give up? These are sand dunes covered by carbon dioxide frost as seen in late winter when the carbon dioxide is starting to sublimate (change from solid to vapor). However, the way this sublimation happens is quite complex, leading to the spots, fans, streaks and so forth described in previous HiRISE image captions. We’ve imaged this spot 3 times in past years: ESP_020276_1180 , ESP_019854_1180 , and ESP_019287_1180 .

The scene looks very similar in ESP_019854_1180 because that was almost exactly one Mars year ago, at the same season, but it looks different in the other two images. Sometimes such seasonal monitoring shows more differences in appearance in subsequent years at almost the exact same time of year, just as seasonal changes on Earth vary from year to year. 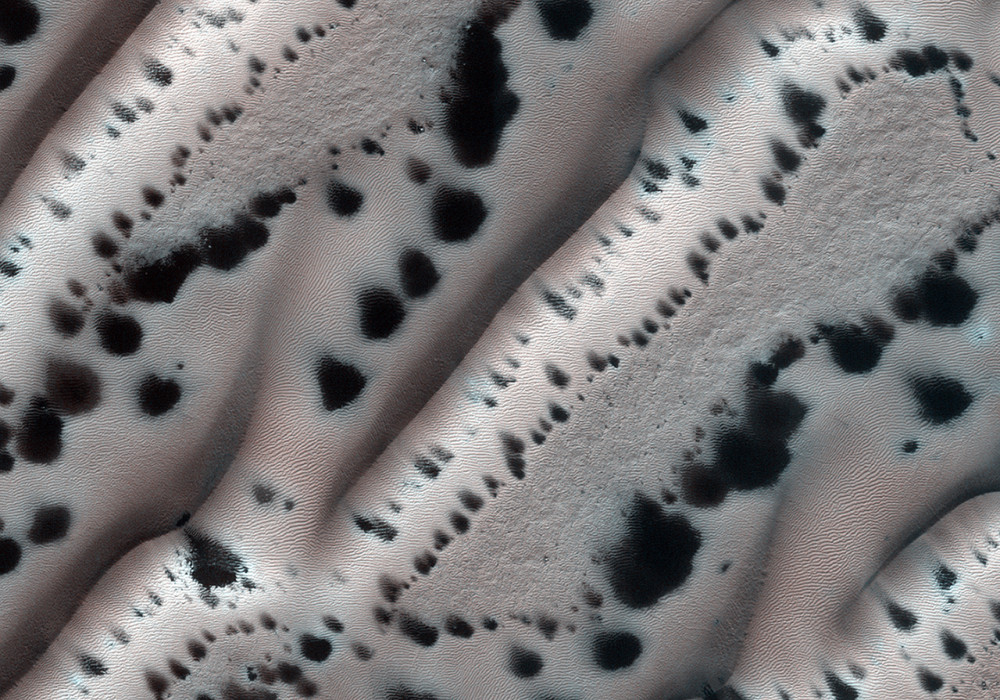