This image shows two craters, both approximately the same diameter (not quite 3 kilometers, or about 1.8 miles), but quite different in appearance otherwise.

The slightly smaller crater to the south seems to have a sharper rim and steeper sides than its partner to the north, which also appears to contain more small craters inside it and along its rim. The interior of the northern crater, in particular its south-facing wall, appears to have a similar texture to the ejecta around the southern crater. This is the second image in a stereo pair (the first is ESP_019346_1690 ), so we have an anaglyph of these craters.

Compare the similarity of those two craters with the disparate appearance of the ones in this image. 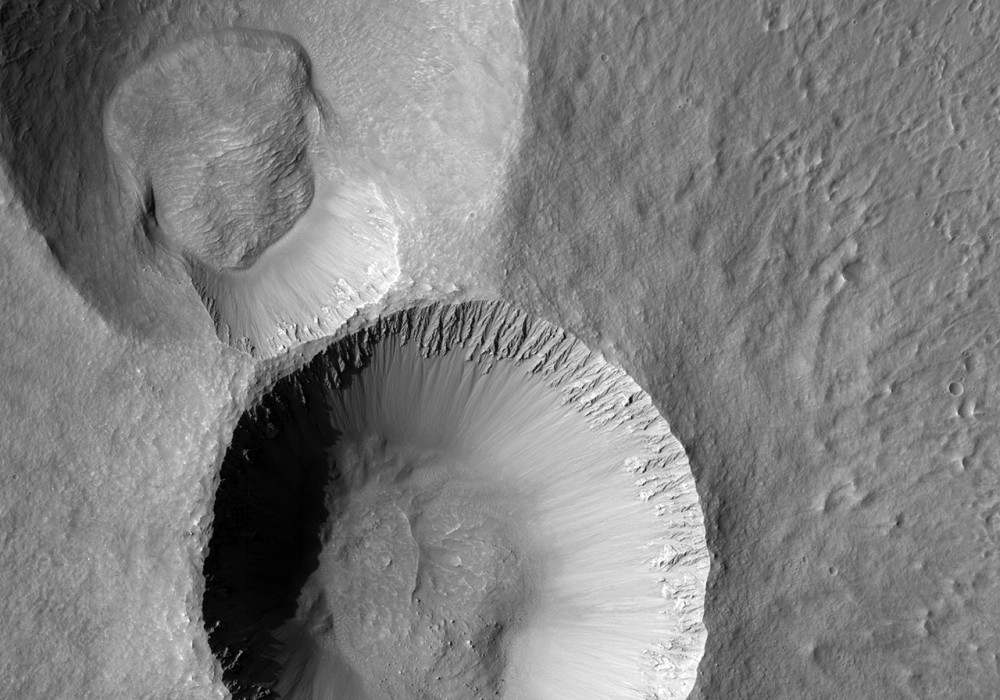