Which Way is Up?

This image shows an impact crater that was cut by lava in the Elysium Planitia region of Mars. The relatively flat, shallow floor, rough surface texture, and possible cooling cracks seem to indicate that the crater was partially filled with lava. The northern part of the image also shows a more extensive lava flow deposit that surrounds the impact ejecta of the largest impact crater in the image.

We have seen much evidence for lava flows in this region that flowed to much higher levels than the present surface, then deflated or drained away. That may have happened here: lava flowed from from north to south to fill this crater, but then it drained back to the north, carving this channel.

The topographic information that we gained from having a stereo pair let us answer a question that we could not have with only a single image. This is a great example of why we take stereo images, where the two images are used to make a 3D image. 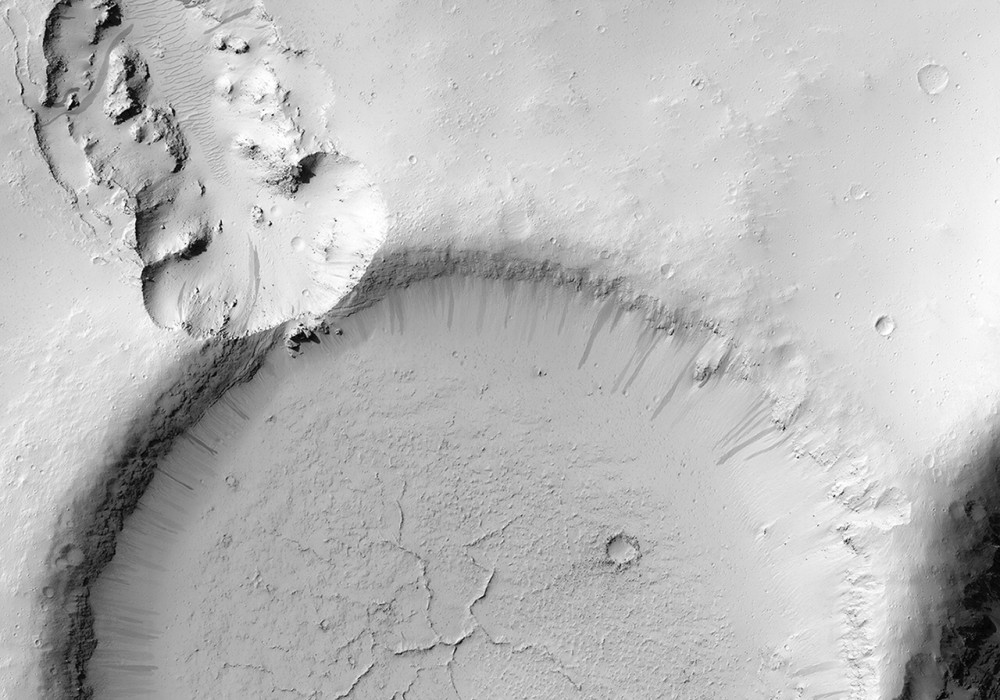