This image shows a portion of a relatively bright landform named “White Rock” on the floor of Pollack crater in the Sinus Sabaeus region of Mars.

Data from the Mars Global Surveyor Thermal Emission Spectrometer (TES) indicates that this landform is not anomalously bright, relative to other bright Martian regions. Further, the apparent brightness seen here is due to contrast with other materials on the crater floor.

Dunes and ripples are visible in the dark material between the bright ridges. Their orientations appear to be influenced by wind directionally channeled by the ridges. Material appears to have been shed from the white landform and deposited on the darker bedforms indicating that the light-toned outcrops break down into fine materials.

Its high albedo and location in a topographic basin have led to suggestions that White Rock is an erosional remnant of an ancient lacustrine evaporate deposit. Other interpretations include an eroded accumulation of compacted or weakly cemented aeolian sediment. 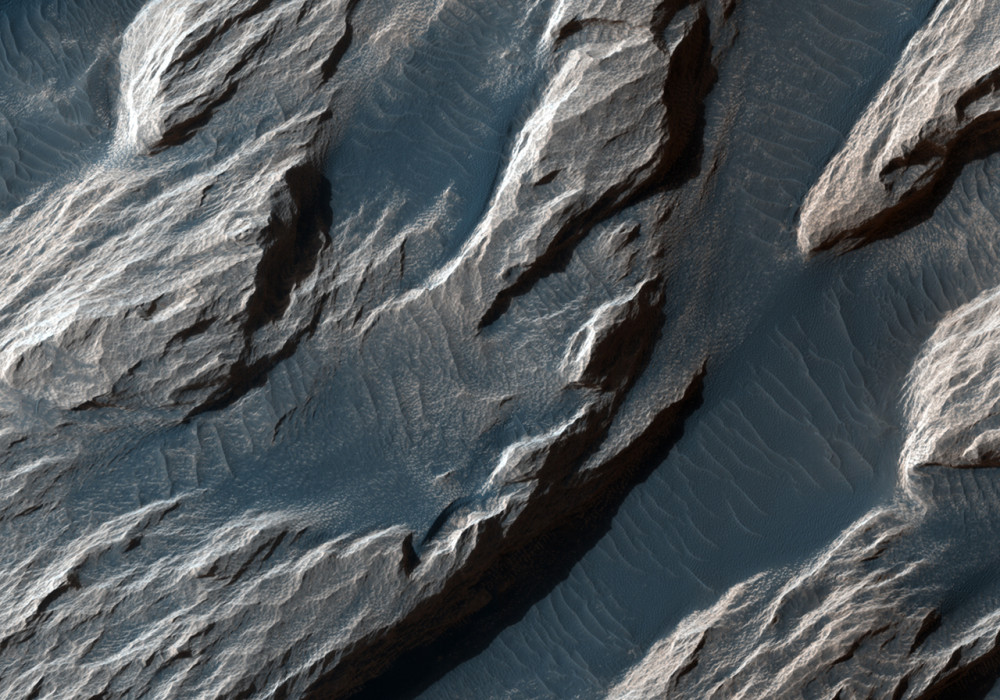