This image shows the west wall of a southern hemisphere crater. The scene is covered in dust devil tracks which appear as dark wispy features.

Dust devils are small-scale funnels that move across the surface kicking up dust as they go, thus leaving trails. The crater is covered in small polygons in many locations. These polygons are probably related to periglacial processes; for example, temperature cycling of ice-rich material or sublimation, when gases trapped under the surface escape causing the remaining terrain to collapse to form pits.

Also in this crater are several gullies on the southern wall. These gullies have very wide alcoves/source regions. It is unknown what is responsible for different gully alcove shapes and morphologies. 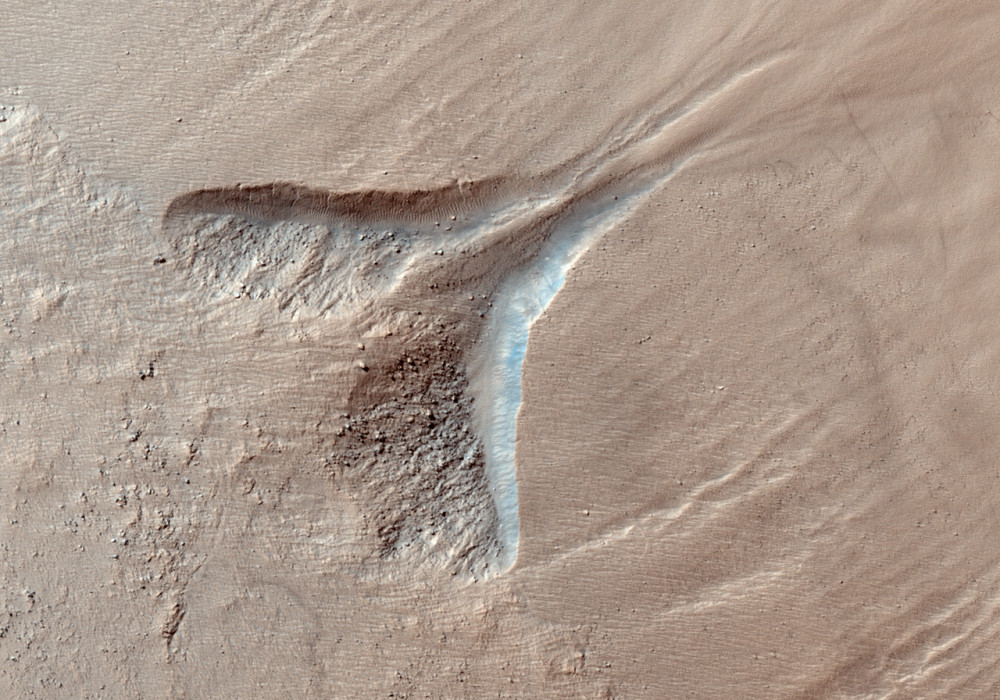