Dunes within a crater on Mars are visible in this image. This crater is located in the Southern hemisphere where it was winter at the time this image was taken.

This observation documents new seasonal processes occurring on dunes at this latitude, as well as other interesting phenomena. The bright tones are interpreted as carbon dioxide or water frost. This is generally concentrated on the east-facing slopes of the dunes, which are in shadow and therefore cooler. Some dark spots on the dunes may be areas that have defrosted more than surrounding terrain.

Landslides and dark-toned streaks are seen on many of the west-facing dune slopes. The general dune morphology indicates formation by westerly winds. However, zooming in on the image shows smaller scale ripples that appear to have been formed by winds blowing from the south and north. 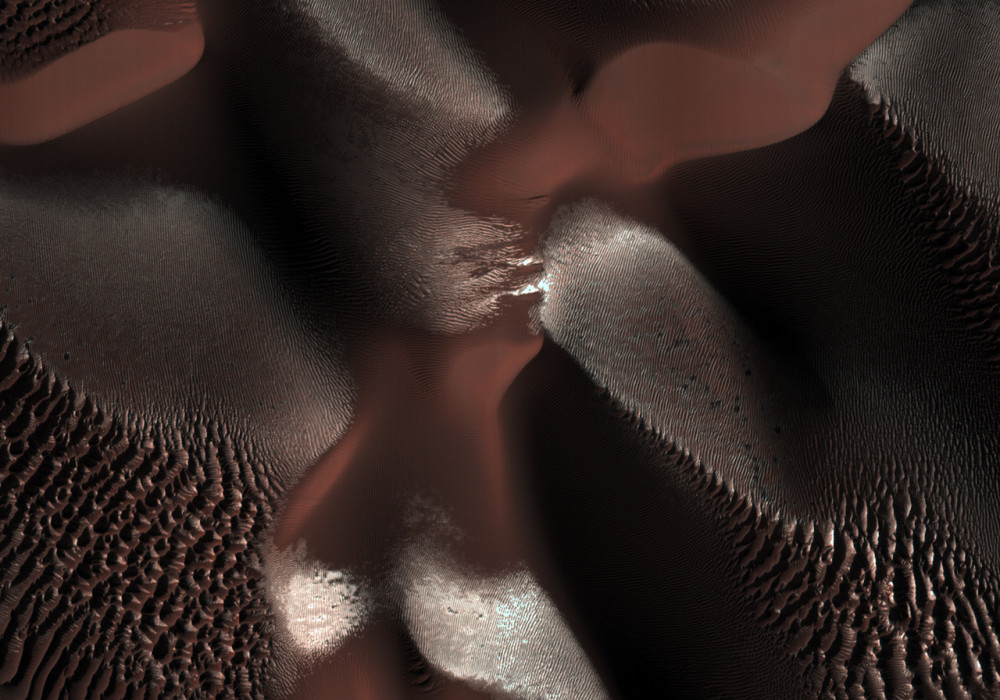