This observation shows a wrinkle ridge in Hesperia Planum. Hesperia Planum encompasses a region of over two million square kilometers (over 770,000 square miles) in the southern highlands of Mars. It is located northwest of the Hellas basin and adjacent to Tyrrhena Patera and contains abundant orthogonal and intersecting wrinkle ridges.

Wrinkle ridges are linear or arcuate positive relief landforms. They commonly have asymmetrical cross sectional profiles that exhibit a broad arch with a superposed hill or crenulated ridge. There is typically an offset in elevation on either side of the ridge.

These features have been identified on many other planets including the Moon, Venus, and Mercury. On Mars, they are up to hundreds of kilometers long, tens of kilometers wide, and have a relief of a few hundred meters.

Wrinkle ridges are most commonly believed to form from horizontal compression or shortening of the crust due to faulting and are often found in volcanic plains.

This image may show evidence of a possible paleo-spring emerging from the wrinkle ridge. Paleo-springs may form along faulted surfaces or wrinkle ridges where fluid can leak out. Examples of this are observed on Earth along faults. 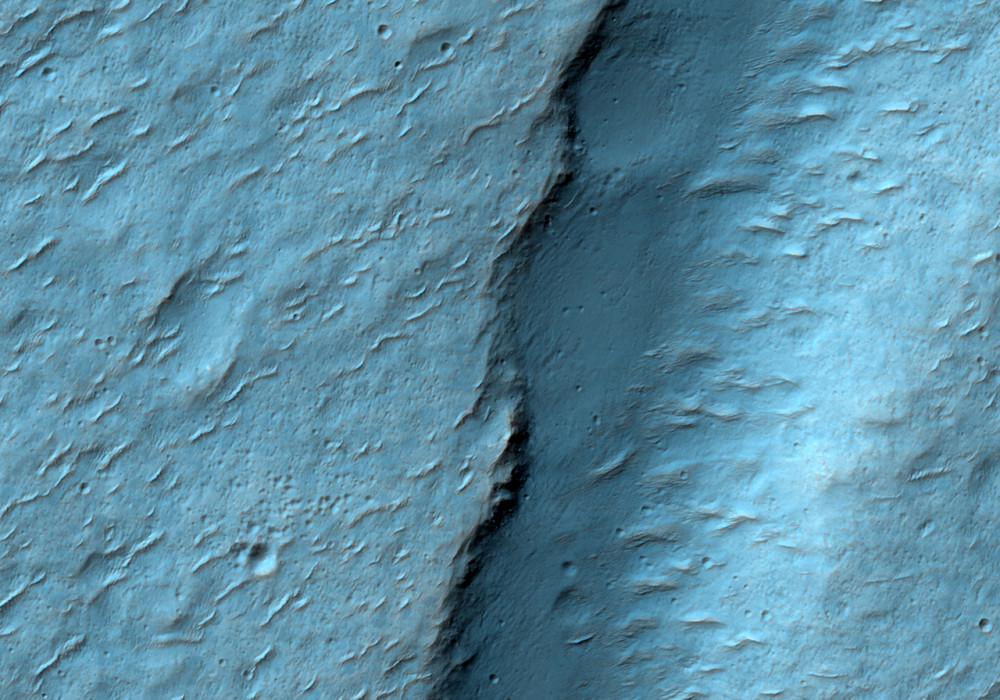