This observation shows a wrinkle ridge in Solis Planum, located in the Thaumasia region of Mars, a high-elevation volcanic plain located south of the Valles Marineris canyon system and east of the Tharsis volcanic complex. Solis Planum contains some of the most distinct and well studied arrays of wrinkle ridges on Mars.

Wrinkle ridges are long, winding topographic highs and are often characterized by a broad arch topped with a crenulated ridge. These features have been identified on many other planetary bodies such as the Moon, Mercury, and Venus. On Mars, they are many tens to hundreds of kilometers long, tens of kilometers wide, and have a relief of a few hundred meters. Wrinkle ridges are most commonly believed to form from horizontal compression or shortening of the crust due to faulting and are often located in volcanic plains. They commonly have asymmetrical cross sectional profiles and an offset in elevation on either side of the ridge. Large dunes are also visible bordering the wrinkle ridge. 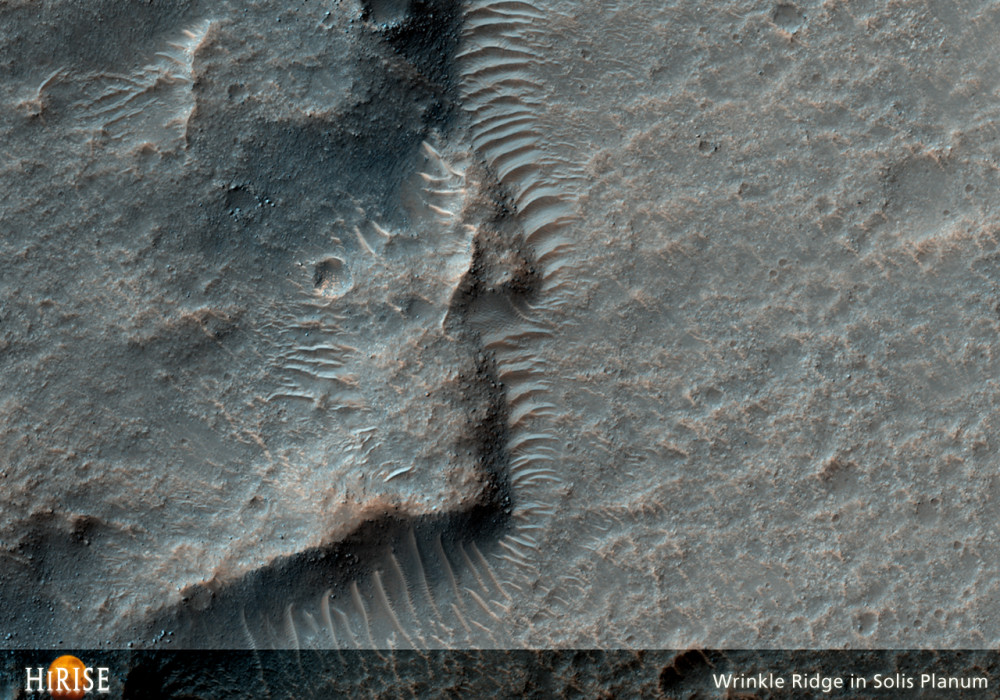