This image shows wrinkle ridges running north to south across the lava-covered plains of Elysium Planitia.

Wrinkle ridges are tectonic landforms produced by lateral compression, or shortening. They are typically snaking, irregular ridges that can branch apart and rejoin. The wrinkle ridges in this image are in some of the youngest lavas on Mars. The lavas erupted from a fissure at the head of the Athabasca Valles channel system between one million and two hundred million years ago.

In the main, it looks as if these ridges existed before lava flooded the region. For example, some parts of the ridge crests are not covered by lava, suggesting that they were already topographically high features. Similarly, the surface of the lava flow is jagged and rough (indicating that the flow-top crumpled) on either side of the wrinkle ridges, but relatively smooth between and immediately downstream (east) of the ridges. This suggests that the wrinkle ridges acted as obstacles, slowing the flow of the lava.

However, there are also hints that the wrinkle ridges deformed the lava flow after it had solidified. On the east face of the western wrinkle ridge and near the top (north) of the HiRISE image ( it looks as if these ridges existed before see the subimage ), the lava flow is broken at the base of the ridge. It seems likely that although the wrinkle ridges were largely formed before lava covered the region, they continued to be uplifted after the cessation of volcanism. 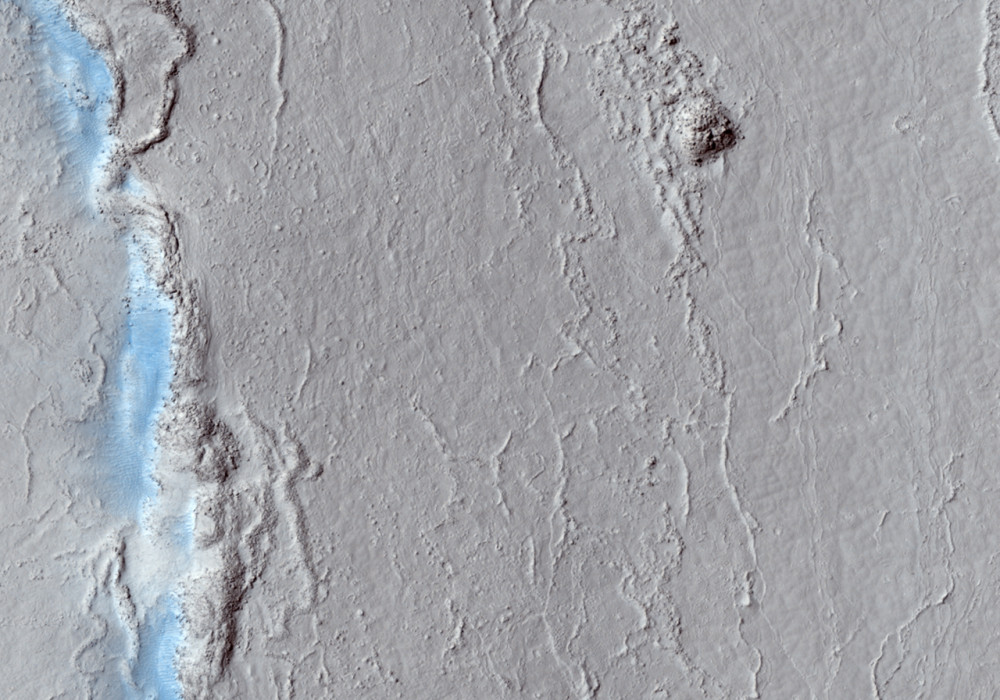