This image shows yardangs, or ridges formed from wind abrasion, in the southern Amazonis Planitia, which is located between the Tharsis and Elysium volcanic provinces on Mars.

Yardangs typically form in dry, desert environments with strong prevailing winds that are unidirectional and carry an abrasive sediment load. Abrasive winds erode the surface into parallel elongate landforms, or ridges, that are often three or more times longer than they are wide. When viewed from above, these landforms resemble the hull of a boat. Yardangs typically form in easily-eroded material, most likely sedimentary rock or volcanic ash deposits that contain some amount of sand. Sometime after the formation of these landforms, they were covered by a relatively thin, uniform coating of dust giving the area a monotone appearance. Dark slope streaks, interpreted as forming by avalanching of the dry dust, are visible on several of the slopes.

Yardangs are found on both Earth and Mars and are common on Mars in the regions west and southwest of Olympus Mons, such as the area in this image in the southern Amazonis Planitia. 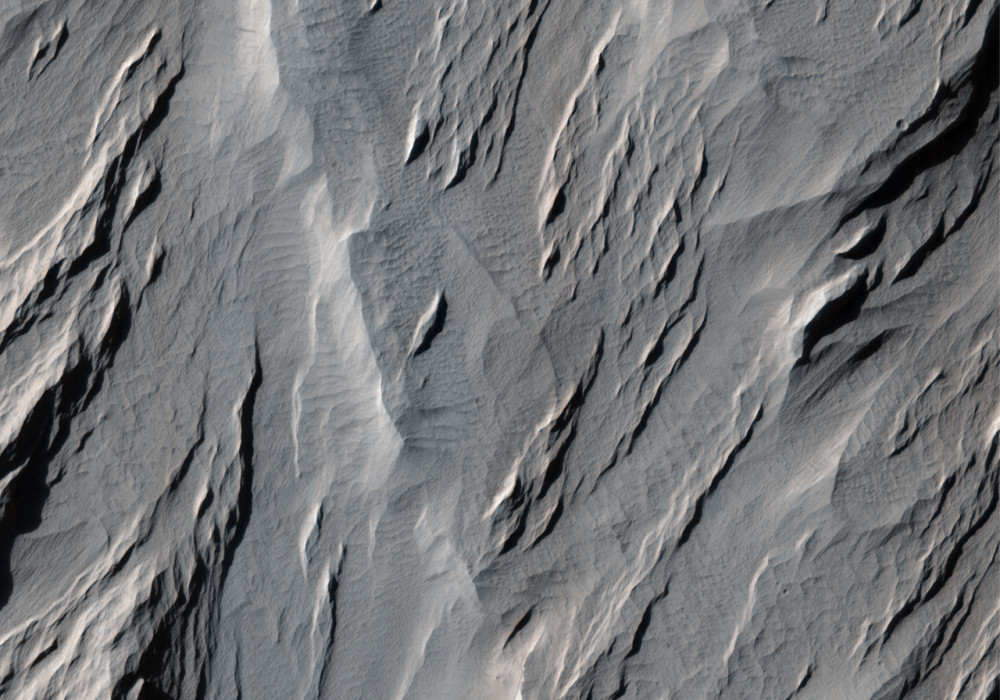