This image shows yardangs on the floor of Tithonium Chasma. Yardangs are elongated structures formed by aeolian (wind) erosion, developing as the wind exploits weaknesses in the rock, preferentially eroding them and streamlining the remnants. The result is a long, streamlined structure. Yardangs on Earth are found in areas of intense wind erosion, particularly where there is little rainfall; on Mars, yardangs are a common morphology in eroding sedimentary materials since wind is the major erosive process.

The rocks in this image are light-toned and likely sedimentary. The relatively blunt heads point northeast, towards the source of the wind which formed them. The yardangs have been further eroded and consist of chains of knobs and hills, roughly aligned. These may have once been consolidated ridges. If the rock was not of uniform strength, further erosion could have reduced ridges to aligned knobs by preferentially scouring away weak material.

Intriguing arcuate depressions are visible around several of the blunt northeast heads. These may be sites of preferential scouring and erosion where the wind flow was disrupted as it first encountered an obstacle. The most distinct examples of this are seen near the center of the image. 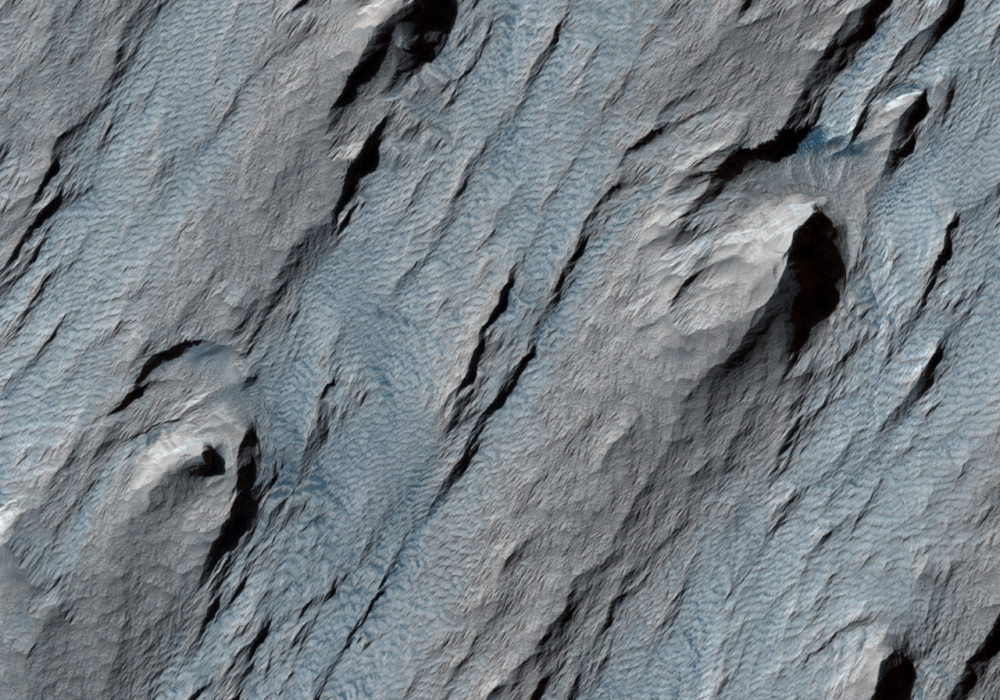