This image shows a young impact crater in the northern part of Isidis Planitia. The crater is fresh enough to preserve some fine textures that are eroded around other craters.

The ejecta blanket of material thrown out of the crater is distinctly dark and rough, with many small boulders and rugged texture. To the south of the crater there is a wedge-shaped area with little ejected material. This may indicate that the impactor which formed this crater came from the south, since at moderate impact angles ejecta is preferentially thrown in the direction of motion of the impactor.

Eventually, a combination of erosion and mantling by dust will smooth and obscure the ejecta and cover over the crater, turning it into a shallow depression like the others in this image. Reworking of the crater is already beginning, as shown by the network of fine ridges (wind-blown ripples) on the crater floor. 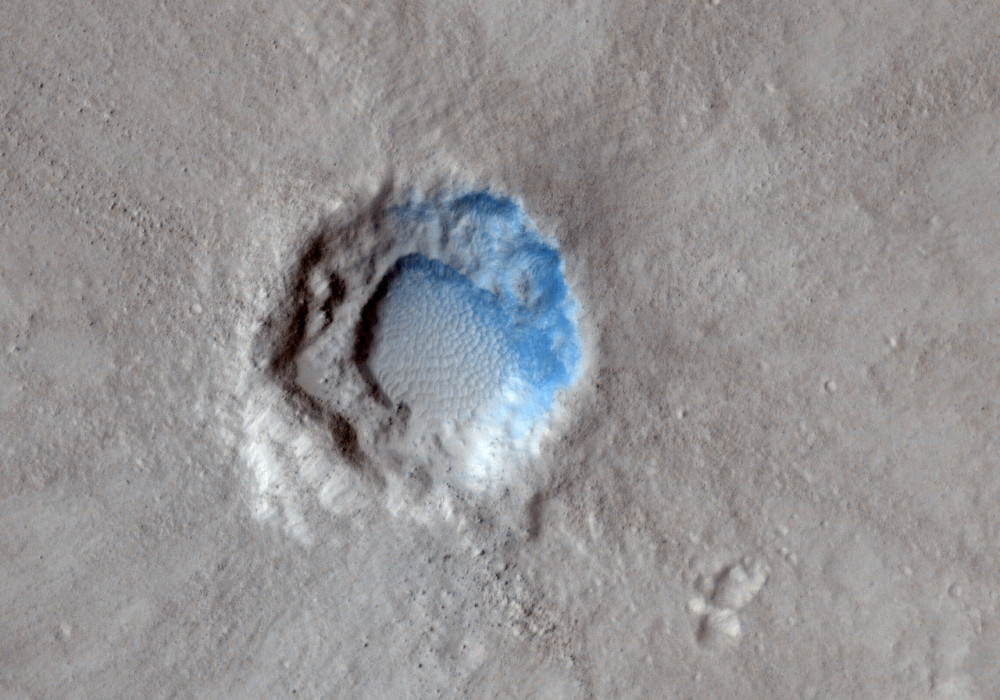